Home Realizing the Potential of Hybrid Approach to Dispute Resolution

Realizing the Potential of Hybrid Approach to Dispute Resolution 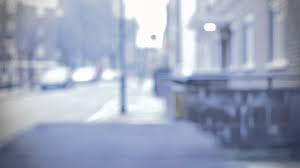 When the conflicts between the people started to become serious in nature and involved a lot of complexities, the need for an independent and impartial dispensation of justice was felt and in establishing a judicial process, litigation took birth. But the world around us is ever changing, and disputes and disagreements have become parts and parcels of life, regardless the triviality or nature of the matter in dispute, nobody in present time, is interested in litigating the matter and putting themselves in tedious and protracted trial, even when they feel that the lawsuit will be decided in their favour.

One of the major flaws of Indian Judicial System is delayed delivery of justice and often equated as denial of justice. So today everyone has an aversion to taking a matter to a court for a trial and that is simply because of the delay in legal system and uncertainty of the delivery of justice. Also, there is strong perception that the courts have gradually become the safe haven for the wrongdoers as the conclusion of the case may take decades to conclude and hence losing the sanctity of the conflict.

With the changing time, the judicial system also has to evolve, in order to deliver rapid and appropriate justice, which is something that normally, the process of litigation cannot provide. Today the needs and wants of the people have changed, and the system of administration of justice has to change accordingly, the people are more empowered with new technologies and systems, they need more freedom to participate in the process to resolution and don’t want to be passive listeners. , some of which could the flexibility and allowance of parties to participate in finding a solution which is worth the time and the resources they invest in finding a resolution.

The need of the hour is an approach, where the parties not just have flexibility and participatory rights but the process is less time consuming and pocket-friendly. The integrated dispute resolution is one such approach and it is considered to be a better option where disputing parties

can find early resolution and all parties to the dispute feel that they are winners and no one is actually losing anything.

Also contrasting to litigation, by using the alternate dispute resolutions techniques an amicable solution could be reached by both the parties and hence it is gaining grounds across the world. Also, it is a much simpler process and both the parties can peacefully decide as per their priorities and requirements. It is seen that most of the legal system works linearly. The law firms, lawyers, and advocates are taught and trained to perceive any dispute with a legal lens, whereas in practicality any dispute may have diverse reasons and approaches to be resolved other than the use of legal solutions. That is when we feel the necessity of a hybrid approach to deal with any dispute.

It is important to understand that in today’s time when the time is considered to be of the value of money. The process of litigation provides justice but it considered being regressive in nature and hence there is a need for creating broad-based remedies which suit the interest of the parties and they effectively not lose resources, time, money, and energy. The underscoring idea of redressing the dispute is to iron out the outstanding problems and in order to do that, the parties have to look beyond the formal confinements of legal dispute redressal mechanism and inseminate a hybrid approach to resolving a dispute.

The need of the hour is to have a mechanism befitting to today’s time. The basic need is to be able to resolve the dispute by communicating and negotiating and so there is a need for the judicial system to become more adaptable to current needs. Sensing this need, many organizations and eminent individuals have taken steps to bring about a change in the judicial system by providing an integrated approach to resolving disputes. Organizations like The Mediation and Conciliation Network (MCN) are becoming fast popular with their one goal – to resolve disputes early and without the need of getting into long drawn court battles. MCN helps disputing parties to understand the damages of a long-drawn dispute and engages the parties to resolve the issues, how so ever complex or protracted they may be.  In order to be able to provide a platform which underscores towards an approach to resolve a dispute after becoming more sensitive towards the socio-economic factors and needs of communities.